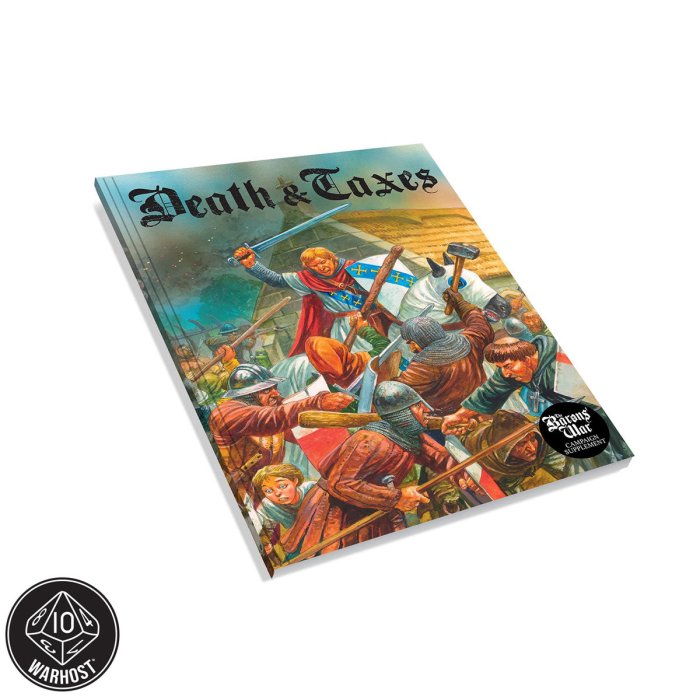 The rebellious French forces controlling England are demanding additional funds to support their war effort. As supporters of King John, Wimentun village, having already paid taxes to the English crown, are resisting paying for a second time. As villages scatter, rushing to squirrel away their last pennies, mail-clad soldiers have already arrived to collect.
Death & Taxes is the first supplement designed for The Barons&apostrophe War skirmish game. Play your way through the linked scenario-driven campaign, choosing either the forces of the Sheriff of Nottinghamshire or local outlaws sworn to protect the villages.
Further rules are included for developing and running exciting stand-alone seasonal campaigns where individual Commanders strive to be the most chivalrous while battling it out over a campaign map to conquer territory.
This supplement contains 112 pages (plus original cover art by Peter Dennis) which include the Death & Taxes linked campaign, the Outlaw retinue list and rules for running a map-based campaign.

Awaiting restock.
£12.75 Lion Rampant: A Viking In The Sun 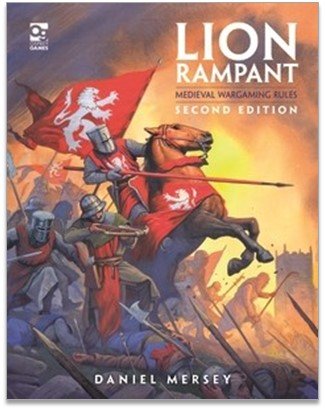