The Wolsung Steampunk Skirmish Game is a miniature combat game, where clubs of extraordinary ladies and gentlemen, as well as shadowy organisations and agents of obscure powers, solve their disputes by blade and gunshot rather than discussion.Each game represents a point where paths of two or more such clubs cross while they work on the same goal, but for opposite purpose. As such,the careful deduction and data gathering as well as social meetings that led them to this point are left for Wolsung Roleplay narrative; A game of Wolsung Skirmish represents the point where the outcome is decided by a keen eye, reflexes and a bit of luck.
The Expansion brings to the game two completely new clubs: the Ver Rier Agents and the Scylla; rules for using vehicles, the Giant Golem, additional models for all the original Wolsung SSG clubs and much, much more. 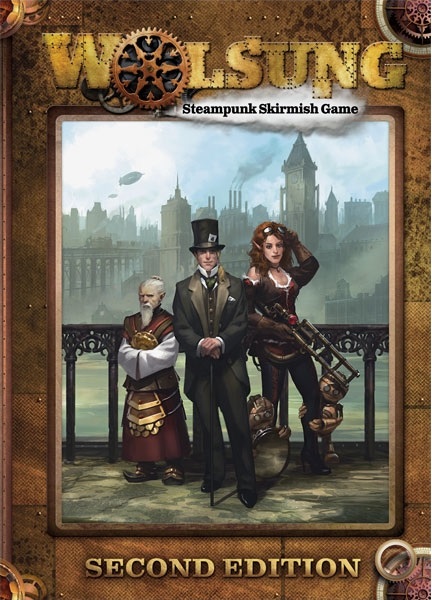